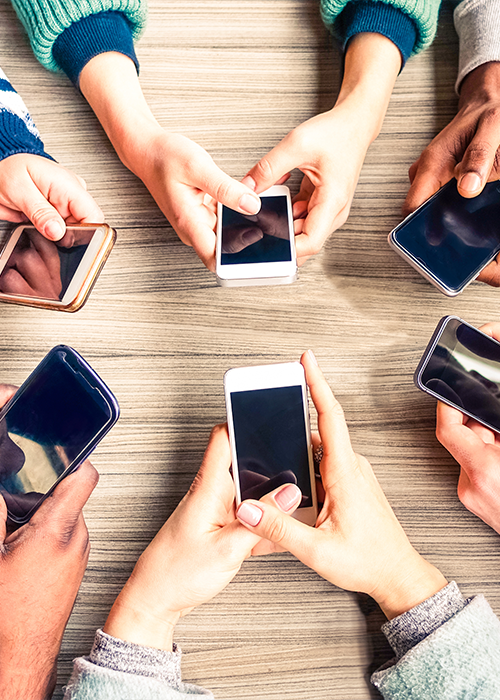 At Alogent, our digital banking team includes dedicated team members focused on native mobile user experiences, and development teams that closely monitor industry announcements, innovations, and changes. We’re here to support you every step of the way from discovery to go-live.

Ask Yourself These 5 Questions. It Might Be Time to Refresh Your Bank’s or Credit Union’s Check Processing and Payment Solutions

Jason T. Schwabline , Chief Strategy Officer
Deciding when it’s time to upgrade your check processing and payments infrastructure can be tricky, and a balancing act linked to other projects, budgets, and…

What do Apple’s iOS 15 and iPhone 13 Announcements Mean for Your Mobile Banking and Digital Banking Strategy?

Every year, millions anxiously await Apple’s announcements. Although a bit earlier in September than usual and virtual (thanks to COVID), the recent Apple Event included its usual fanfare like aerial drone shots, celebrity endorsements, app developers showcasing their cool new apps, and awesome images taken with their latest devices. As expected, there were tons of new features and enhancements, pricing changes, and new innovations announced. For consumers the thought of “what’s new” is always intriguing, but for app developers, planning for changes within their existing apps is important, along with the intrigue around new iOS capabilities that can be leveraged to engage their audiences.

But, the key question in everyone’s mind now that the event has concluded is whether an upgrade to the latest device or iOS warrants the price tag. And, if I put on my “work hat” for a moment, what do these innovations mean for mobile and digital banking? Let’s take a deeper dive and explore what banks and credit unions need to know.

Apple is one of those companies that learns from their competitors and although not always first to market, they almost always do it better than everyone else. Time will tell if these hardware changes and upgrades will be viewed favorably. Although Apple didn’t introduce any breakthrough innovation, it’s clear they have been listening to and addressing user complaints, as well as addressing competitive Android capabilities.

How can these new iOS capabilities and devices be applied to mobile banking and digital banking?

Better customer and member services. Apple introduced a range of collaboration features, such as FaceTime calls with Android users, SharePlay so you can watch a video with a friend, co-browsing, application screen sharing, and video chat. Initially these features look like enhancements for entertainment, but it is possible that banks and credit unions will leverage these capabilities for better customer and member support and to improve communication - both remote banking and branch transformation efforts.

Text and data recognition. Apple released a new text recognition feature, similar to that of Google Lens, with the ability to extract details of an object or text from within a photo. Traditionally, third-party software apps have provided banks and credit unions with these functionalities, such as those that extract a car’s VIN number from a photo and prefill a loan application, or perform expense reporting by capturing data from receipts. Can app developers now leverage Apple’s new APIs to achieve the same within mobile banking apps?

Native functionality vs. third-parties add-ins. Features like voice recognition, beacons (when branches identify a customer or member nearby and send a promotional ad) and two-factor authentication aren’t new to banking, and have been leveraged for some time. However, now that Apple introduced these features directly into iOS 15, banks and credit unions have the opportunity to leverage them more quickly and at a much lower cost, as well as to receive support from Apple.

Personalization. There are several other interesting capabilities in iOS 15, such as the concept of personalization modes: work mode, fun mode, and so on, as well as notifications that include pictures and images. Although difficult to predict the “who” and “how” app developers will leverage these features, customers and members should certainly be ready to see interesting apps in the future that capitalize on personalization for a better user journey and more targeted banking experience.

Apple is known for their innovation and a fully connected ecosystem of well-orchestrated products and services, so these new devices and features will certainly be followed by an even more interesting iOS 16 announcement mid next year. Let’s get ready for the ride!

At Alogent, our digital banking team includes dedicated team members focused on native mobile user experiences, and development teams that closely monitor industry announcements, innovations, and changes – just like these from Apple. We’re here to support you every step of the way from discovery to go-live.

Sitting at the heart of a financial institution’s digital ecosystem, NXT lowers the total cost of ownership for banks and credit unions and delivers a secure, flexible, and customizable digital banking platform that marries mobile, digital and voice banking for consumers and businesses. With a single, SDK-driven platform, modern tech stack, open architecture and robust set of pre-built integrations banks and credit unions elevate the user journey and drive engagement with a robust digital ecosystem packed with data insights and reporting.

Schedule a discovery call to learn more and discuss how to achieve your digital banking goals with our team of industry experts.