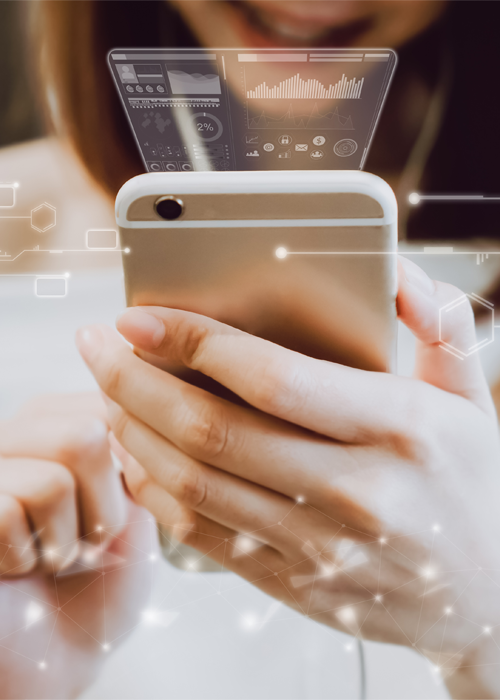 Ask Yourself These 5 Questions. It Might Be Time to Refresh Your Bank’s or Credit Union’s Check Processing and Payment Solutions

Jason T. Schwabline , Chief Strategy Officer
Deciding when it’s time to upgrade your check processing and payments infrastructure can be tricky, and a balancing act linked to other projects, budgets, and…

Originally published on Finopotamus, Alogent's CEO, Dede Wakefield, is recognized among other leaders impacting technology in the credit union industry in a special issue for Women's History Month.

While people are getting vaccinated in larger numbers signaling a slow return to normalcy, COVID-19 continues to impact day-to-day life and business operations in unimagined and immeasurable ways. How far the economic rippling effects will reach remains an unknown.

Recent industry statistics from the National Women’s Law Center, for example, found that nearly 2.2 million women have been forced out of the labor market due to the pandemic. By and large, technology departments in the financial services industry weren’t hit as hard as the statistics suggest, but financial institutions also aren’t immune to these pandemic-related employment indicators.

“Those statistics are staggering. I’ve not experienced anything of that magnitude. Some of that could be because as a woman and a mom, I’ve made decisions about office closures, balance, etcetera that take into account what women (primarily) have been juggling this past year – working from home with children doing remote learning,” said Alogent’s CEO Dede Wakefield. The Atlanta, Ga. –based company provides credit unions and banks with deposit automation, item processing, enterprise information management, loan origination and digital banking solutions.

“Alogent has not reopened our offices,” added Wakefield. “I’ve not wanted to require anyone (male or female) having to balance the challenges the pandemic has brought them to be pressured into returning to the office before they are absolutely ready and able.”

When considering the aforementioned employment statistic, DeepTarget’s President Jill Homan, believes the technology industry has been less impacted on job loss compared to other industries.

“The industry is facing challenges, such as hiring freezes, greater workloads on current employees, job satisfaction rates are being impacted, career growth has been stunted as well as voluntary exits due to the amount of life that people are handling this year, such as familial responsibilities with children and aging parents,” said Homan.

“Experiences are varied depending on the commitment of a company to provide support for its employees regardless of gender,” she said. The Irondale, Ala.–based company help banks and credit unions transform financial data into purposefully designed bank statements.

“At HC3, we created a specialized COVID-19 policy for employees who became sick or had family members in need of care,” she said. “Companies that provide quality benefits and treat employees as individuals will see the growth of both retention and company loyalty from men and women alike.”

“I believe this is due to the increased challenges that parents and caregivers have faced during the pandemic. We’re a team and we want to support the women who may be in this position with the flexibility they need to manage their personal responsibilities, too,” said Gabowicz. “And to do so without apologies; if you get your work done, it doesn’t matter what happens in between. We’re a work family, and to us, that means being there for our employees regardless of what happens.”

The path to executive standing has historically been arduous and filled with tough lessons, especially for women in technology. Perseverance, hard work and developing solutions to both existing and unforeseen obstacles has helped pave the way for a new generation of women.

“My background is in finance – at software/tech companies. I started in 1993 at D&B Software here in Atlanta in the finance field,” explained Wakefield. “Over the years, with Atlanta being a hub for financial services, I took on roles at several companies in the fintech/payment space, which ultimately lead me to my current role.”

Alogent has 220 employees, 60 of whom are women. Wakefield added that the mix of male to female is roughly the same: 30% female and 70% male.

“There are definitely more women in the tech field than there were when I began my career,” she said. “But not necessarily at higher levels just yet as it takes time for those that have only entered the workforce in the last 10 to 15 years to move into leadership and executive roles.”

When Homan entered this industry as a young engineer in 1992, she said it was recommended by one of her “well-meaning managers” that she should be the first person at the office each day and the last to leave. From that point forward, she explained that it was critical to prove herself to colleagues and show her commitment, especially before she had other “obligations,” such as starting a family.

“Keep in mind, women were almost non-existent in this field when I first entered it. As familial obligations rose and I found myself in need of modifications to my schedule, I was later met with a mentor who fully supported me and even gave me a promotion after the birth of my first child to prove it,” Homan reflected. “Over time, I think the industry has become more accepting and encouraging to women in technology, which can largely be attributed to the volume of talented women that are entering the industry as well as the increase of women taking on leadership roles at these tech companies.”

With a proclivity for math and a penchant for solving problems, Homan has always been most motivated by those who claim something can’t be done.

“Tech was a natural fit. I grew up in a family of three girls and a father who had me assist with gardening, oil changes and knowledge of how to change a flat before I purchased a car,” she said. “I really never thought about gender until others pointed out it was an influencer.”

Presently, DeepTarget has 17 employees, 14 of who are technologists. Of this group, Homan said nine are men and eight are women.

“We have one traditionalist, four baby boomers, three GenXers, four millennials and three GenZers,” she continued. “At the end of the day, we are focused on hiring the right people for the right job. It’s less about their age or what they look like and more about what they bring to the table and how they fit into our culture.”

Beginning her career in the footwear industry, Vancura-Rutland said she later moved into the fintech space. Within both industries, she has seen a “complete shift” in the consumer experience.

“My four-year tenure in the technology industry is rather short compared to my peers. I was drawn to the industry because I saw that the banking space was facing some of the same challenges retail footwear was also facing,” she said. “Changes in technology allowed consumers to meet their needs without visiting store locations in the same way and for the same reasons that they previously did.”

Vancura-Rutland added that these shifting expectations forced her and her team to think “outside of the box” and provide a “stronger” individualized consumer experience.

“The changes in needs, drives and access all inspired me to join HC3 where I could apply the lessons learned in retail to the banking industry,” she said, adding that throughout her career she has been "fortunate" to see women in both leadership and technology positions.

“Some of these women were in recently developed roles to meet the needs of shifting technology, creating a shift in their career path as well. What I see more now are young women beginning their careers in technology,” said Vancura-Rutland. “I am proud to work for a company who offers an internship program that provides young women a boost into the industry. It’s exciting to see how far and fast they develop having begun in a field that has so much to offer.”

Never being a believer in technology for technology’s sake, Gabowicz rather believes the “deeper value” comes when one is able to solve business problems through technology. After graduating from the University of Toronto with a degree in cognitive science and artificial intelligence, she joined IBM as a developer in 2001.

“My time at IBM was spent defining and designing solutions that improve customer and employee experiences through technology, uncovering better processes and making the complex simple through structure,” she said. “I spent nearly 14 years with the company, and then in 2015, I decided to join Sensibill and have never looked back. It allowed me to expand beyond transforming existing processes with legacy constraints with technology, to designing net-new processes and structures from scratch, and feeling greater ownership and impact, both of which I was craving for my next role.”

By starting her career with IBM, Gabowicz said she benefited from the company’s long-standing value of “diversity and inclusion.” To this end, she said she has been “blessed” in seeing many talented women in technology and leadership roles, but added that more work in this area is needed.

“I am not seeing enough representation of women in emerging technology companies, let alone women of color and other less-reflected identities,” she reflected. “This is why we’re still seeing calls for women speakers at events and conferences to talk about their experiences as women because that is what is making them ‘different.’”

Gabowicz further explained that she has seen positive movement in recent years with more focus in the industry on hiring “strong female talent,” a trend she hopes continues.

“We need our women in the field to share their knowledge, mentor, and advocate for future women leaders and we need more companies and organizations to give them a podium to share the incredible knowledge and accomplishments they have attained,” she said. “I’m eager to see more of our amazing women of all colors and identities talking about the business challenges they’ve overcome and their success stories. Seeing more examples of women bringing business success will help change our perspectives and biases and, I believe, will accelerate the shift in numbers.”

The National Women’s Law Center employment statistics withstanding, how women will be impacted in the field of technology by the pandemic remains unclear. The noted female executives, however, say they will continue to balance pragmatism with forward motion.

“How businesses respond to ‘getting back to normal’ will have a huge impact,” said Alogent’s Wakefield. “Flexibility and balance have both escalated in priority over this past year and I don’t think they are going anywhere in the near future, so how companies and leadership responds is going to be impactful to the makeup of the workforce.”

DeepTarget’s Homan said that regardless of gender, the pandemic has served to provide clarity regarding one’s purpose, value, strengths and desires.

“I think we will see a positive impact here as women use their leadership to drive efficiencies and progress in our industry,” she said.

In Gabowicz’s estimation, more and more women in senior leadership positions will look for “flexibility and understanding” from their employers.

“Companies will be forced to take a hard look at how they approach this workforce and what changes need to be made to retain them,” she said. “Technology departments can benefit from the diverse perspectives that women bring and placing unnecessary limitations on these individuals will negatively impact their perspective.”

Read the original article on Finopotamus.