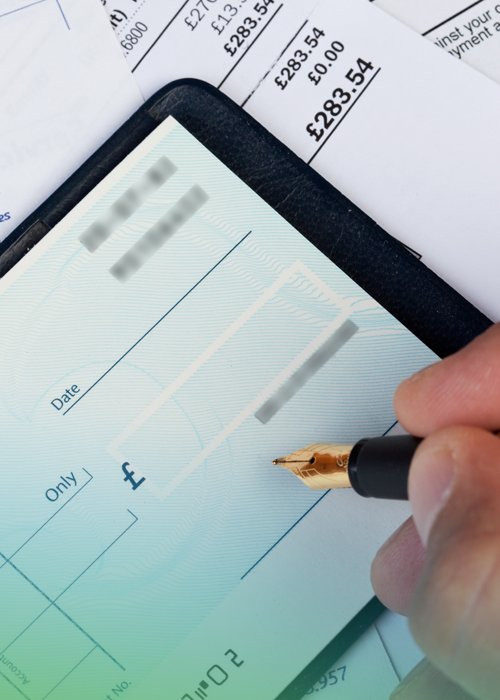 Alogent takes the perspective of treating cheques the same, regardless of their point of presentment, knowing that simplicity for the customer and bank are key to the overall success of the solution, along with its adoption.

Leverage your Trusted Relationship: Eliminate an SMB’s Worry about Cash Flow and Access to Funds

Ashish Bhatia , Vice President, Product Management
As a bank or credit union, you've already established yourself as a trusted partner with your SMB account holders. In a time of so much…

In October 2017, the UK implemented the Image Clearing System (ICS) programme to speed the cheque clearing process and facilitate an image-enabled exchange. Prior to ICS, the Steady State cheque process was focussed on centralised capture with a small number of branch capture and ATM deployments.

Over the past few years, and to meet the mandatory (but minimum) needs of ICS, many banks adopted narrow methods of capture with the least amount of technology investment necessary. This caused the banks to move forward with central cheque handling as was required, but to move forward with branch capture alone.

Whilst this was an understandable approach from the perspective of cost and risk minimisation, it means that those same banks are still on the journey today to reach the new ICS Steady State, allowing for the capture of deposits at practically any channel - in many cases making branch rollout the last step in their migrations.

Alogent however, takes the perspective of treating cheques the same, regardless of their point of presentment, knowing that simplicity for the customer and bank are key to the overall success of the solution, along with its adoption. We’ve been  privileged to work with a number of banks that have taken this omni-channel approach at the same time that they implemented their ICS deposit automation requirements – and they’ve seen the benefits.

But hang on, I hear you say, “isn’t that risky to delay a mandatory channel like branch in order to prioritise optional new channels like ATM, Mobile and Commercial Remote Deposit Capture?” Well it is, but other benefits accrue such as:

Touching nearly every cheque processed in the UK through various applications and channels, Alogent’s enterprise capture solutions support more banks in-country than any other software provider.  Our “user-first” and channel agnostic approach simplifies the transaction process, given users the choice about how they want to engage with their bank, while the financial institution benefits from a streamlined workflow, breaking down internal data silos that can occur as a result of fragmented deployments.