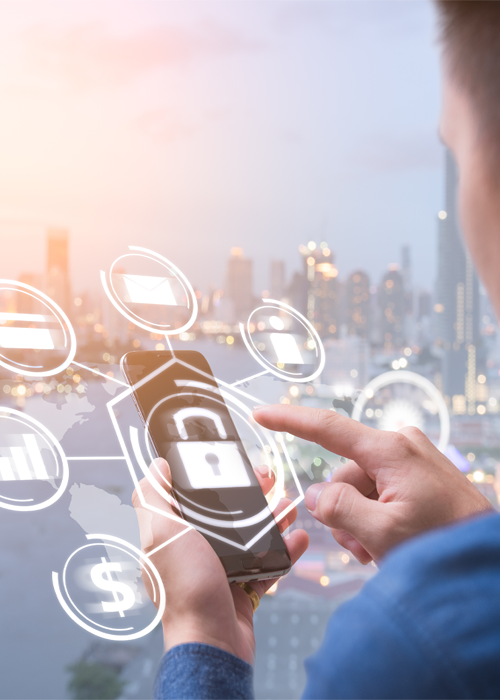 Capitalizing on the weaknesses of traditional banks, neobanks and digital players have pushed forward quickly, remaining laser-focused on acquiring and keeping customers with convenience and flexibility.

Wendi A. Klein , Vice President, Marketing & Communications
Cameron Marks, Director of Product Management, discusses workflow automation, data acquisition, and streamlining processes. Although each financial institution is at a different stage of their…

After the financial crisis of 2008, many in the banking industry thought that customers would move from the big banks to their smaller competitors, many of whom were digital only banks and fintechs that provided a different experience than the traditional financial institutions. However, the expected migration did not happen, and traditional banks and credit unions became more entrenched in the system.

Learning from the mistakes of the previous upstart banks, 2018 saw another wave of alternative banks, or neobanks, make their presence known. Chime, one the biggest names in the industry, onboarded more customers per month than established banks like Wells Fargo and Citibank. But, before neobanks started challenging the established institutions in the United States, the United Kingdom saw higher activity in this space than any other region. The top reasons users gave for switching to neobanks included simplicity and convenience, noted below in the table from a November 2018 survey of 2,000 British adults commissioned by Finder, and conducted by research provider OnePoll.

More recently, McKinsey and Company conducted a survey showing how the COVID-19 pandemic has influenced US financial decision makers’ willingness even further, making fintechs and digital only providers more attractive for their financial needs. Highlights of the survey include:

The rise of neobanks and fintechs has been acknowledged by traditional banks. Recently, Jamie Dimon, JP Morgan Chase Chairman and CEO, listed “fintech” as one of the enormous competitive threats to banks in his annual shareholder letter. He mentioned that while traditional banks have significant strengths like brand, economies of scale, profitability, and deep roots with their customers, they also have weaknesses like inflexible legacy systems and extensive regulations that can hider innovation, although they can arguably also make banks a safer option for consumers.

Capitalizing on these weaknesses, neobanks and digital players have pushed forward quickly, while remaining laser-focused on acquiring and keeping customers with convenience and flexibility. By targeting specific market entry points and demographics, new entrants also look to connect with their account holders and relate on a more personal level, maintaining complete control over the user experience at every point in their banking journey. To succeed, neobanks require powerful and flexible tools that allow them to customize the UX to appeal to their clientele, but still get the job done fast and securely with trusted mobile and online-based technology. This is often accomplished through partnerships and by teaming-up with third-party companies to bring products and solutions to market. This, in addition to their ability to launch newer products faster and at scale, sets them apart from the traditional banks and exploits their weaknesses even further.

As the market evolves and new entrants emerge almost weekly, one thing is for sure – consumers have options about where to manage their money based on the unique profile and solution offering of the bank, often as diverse and unique as their needs as consumers.